St. Joseph was the husband of Mary, the mother of Jesus. According to the earliest Christian traditions, he was a carpenter or woodworker. The Gospel of Matthew calls him a “righteous man,” meaning he was an observant Jew who obeyed God’s law.

Joseph was engaged to Mary, but when he discovered that she was pregnant with Jesus, he decided to call off the marriage. However, the angel of the Lord told him in a dream that he should go ahead with the marriage because Mary’s child was conceived by the Holy Spirit. 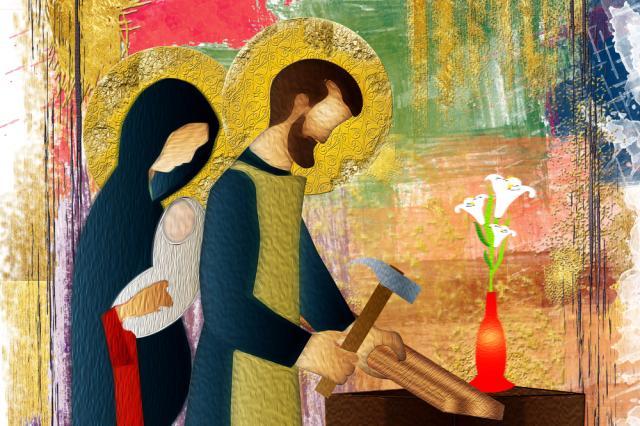 This was the first of four divinely inspired dreams that are recorded in the Gospel of Matthew; for this reason, he is sometimes called “the dreamer.” After each of these dreams, “he did as the angel of the Lord had commanded him” (Matthew 1:24). 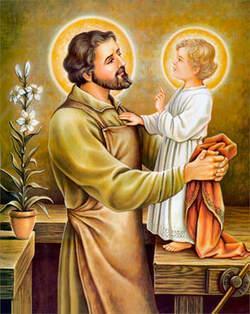 The Gospel of Luke tells us that when Jesus was twelve, Joseph took him and Mary to Jerusalem to visit the Temple. They became separated, and Mary and Joseph spent three days looking for him. When they found him, Mary said to Jesus: “Son, why have you done this to us? Your father and I have been looking for you with great anxiety.” In reply, Jesus said: “Why were you looking for me? Did you not know that I must be in my Father’s house?” (Luke 2:48-49) 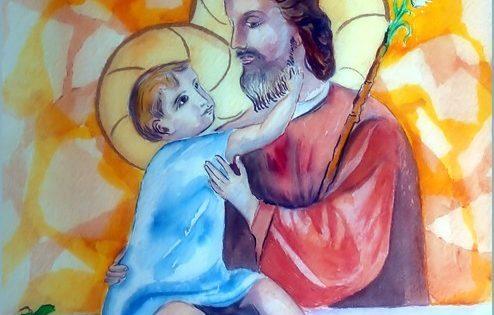 Mary referred to Joseph as Jesus’ father, honouring his role in caring for and protecting Jesus, and raising him in the Jewish faith; the reply of Jesus refers to God as his Father, and introduces a common theme in his preaching: Our faithfulness to God must come before even our closest human relationships.