Saint Bernadette Soubirous was born on January 7, 1844 into a very poor family.  She had a pleasant personality, very poor health, and bad asthma.  Bernadette helped her mother around the house and took care of her siblings.  She once said,

“I was nothing and of this nothing God made something great.” 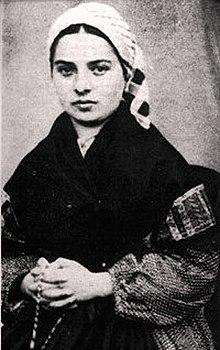 During the year 1858, Bernadette was 14 and preparing to receive her First Holy Communion.  Bernadette, her sister, and her friend had gone to collect firewood.  The two girls crossed the stream to the grotto.  Bernadette, however, stayed on the other side because she did not want to make her asthma worse by walking through the cold water.  The girls insisted she join them, and Bernadette began taking off her shoes when she heard a rustling sound.  Bernadette looked around and then in the grotto, she saw a beautiful lady.

“She has the appearance of a young girl of sixteen or seventeen.  She is dressed in a white robe, girdled at the waist with a blue ribbon, which flows down all around it….  The sleeves are long and tight-fitting. She wears upon her head a veil which is also white.  This veil gives just a glimpse of her hair and then falls down at the back below her waist.  Her feet are bare but covered by the last folds of her robe except at the point where a yellow rose shines upon each of them.  She holds on her right arm a rosary of white beads with a chain of gold shining like the two roses on her feet.” 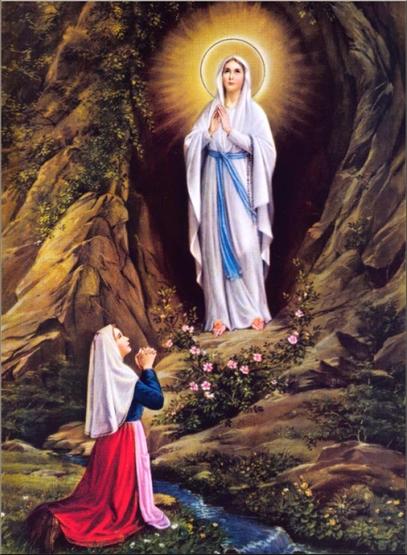 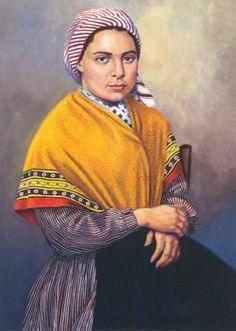 Bernadette’s mother eventually allowed Bernadette to return to the grotto and Our Lady appeared to her 17 more times.  She promised Bernadette happiness not in this world, but in the next.  During the sixteenth apparition, on March 25, the Feast of the Annunciation, Our Lady revealed who she was.  Bernadette recalled:

“With her two arms hanging down, she raised her eyes and looked up at the sky, and it was then that she told me, joining her hands together now at the height of her breast, that she was the Immaculate Conception. Those were the last words she ever said to me.”

Bernadette was ridiculed by the authorities and the clergy, but she remained determined, loving, and courageous despite the hardships. 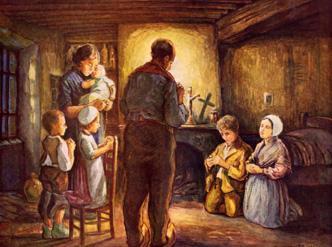 On January 18, 1862, the Church declared Bernadette’s visions authentic and supernatural.  Bernadette herself, never returned to the grotto once the visions ended.

In 1866, when she was 22 years old, Bernadette entered the Sisters of Charity of Nevers and spent the rest of her life praying for sinners, serving as a sacristan, and helping out in the infirmary.  On April 16, 1879, Bernadette died.  She was only 35 years old. 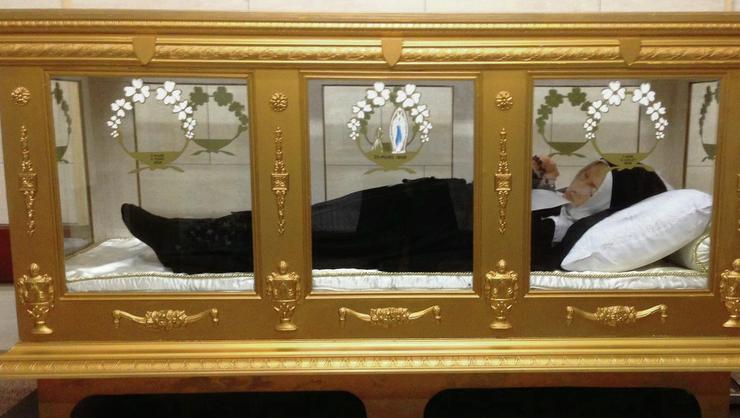 Thirty years later, on September 22, 1909, Bernadette’s body was exhumed.  When her coffin was opened, there was no odour and she was found to be incorrupt.  On April 3, 1919, Bernadette was exhumed once again and her incorruptible status was confirmed.  She was placed in a gold and glass coffin and her body can still be seen today in the Chapel of Saint Bernadette in Nevers, France. 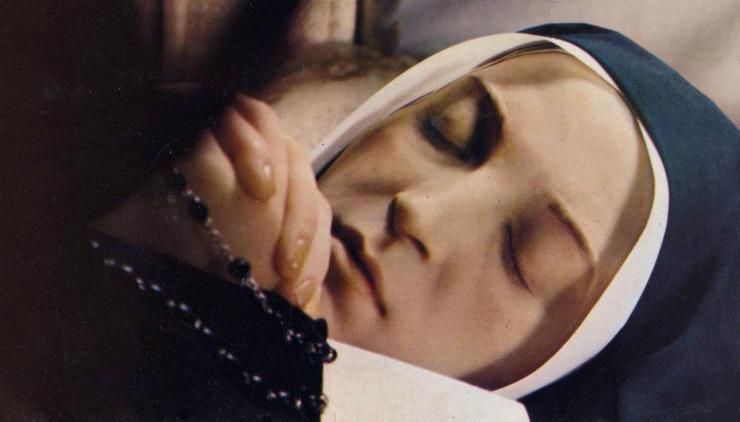 Pope Pius XI beatified Bernadette of Lourdes on June 14, 1925, and canonized her on December 8, 1933, the Solemnity of the Immaculate Conception. Saint Bernadette is forever remembered for her perseverance in suffering, childlike trust, and humility.  She is the patron Saint of shepherds and shepherdesses and of people who are persecuted or ridiculed for their faith.