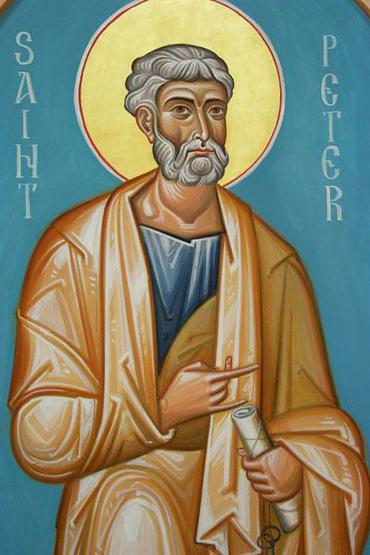 St Peter was one of the first disciples.  Jesus chose him to be his best friend because he was strong and had a real belief in everything that Jesus preached.  He could be very stubborn when he wanted to be but his heart was in the right place.

Jesus said that St Peter would be the rock that his church would be built on and he became the first Pope.

We chose him as our class saint because we are starting our own journey of faith as we head towards making our First Holy Communion in the Summer Term.

St Peter, Pray for Us