About St Teresa of Calcutta 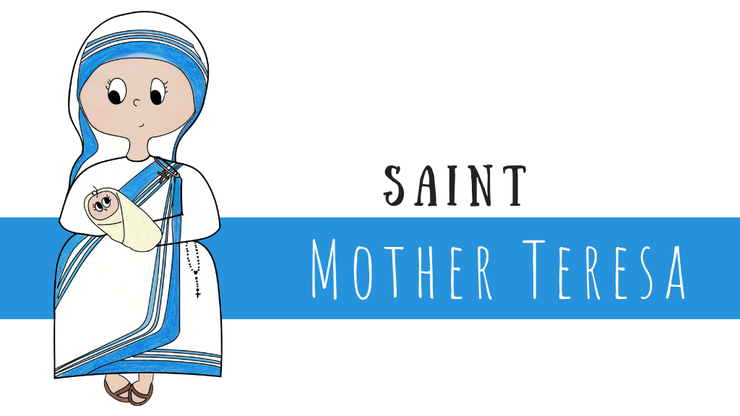 Mother Teresa, also known as Saint Teresa of Calcutta, was born on August 26, 1910, and given the name of Agnes.  She was baptised on August 27, and she always considered this her “true birthday.”

At the age of eighteen, Agnes joined the Sisters of Loreto in Ireland.  She hoped to learn

English so she could become a missionary with the Sisters of Loreto in India. 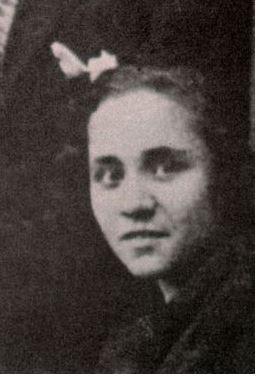 On May 24, Agnes made her first profession and took the name of Saint Therese of Lisieux, the patron of Missionaries.  Since another sister had taken the name Therese, Agnes chose the Spanish spelling and became known as Sister Teresa.  During this time, Sister Teresa worked as a teacher.  On May 14, 1937, Sister Teresa made her final profession.

“You can help your children celebrate the feast of Saint Mother Teresa with her magnet!” – Theresa

Sister Teresa was transferred to the convent school of the Sisters of Loreto in Calcutta, and she taught there for almost twenty years.  During her years teaching, she became disturbed by the poverty that abounded in Calcutta.

On September 10, 1946, Sister Teresa experienced “the call within the call.”  She describes the experience in the following way,

“I was to leave the convent and help the poor while living among them.  It was an order.  To fail would have been to break the faith.” 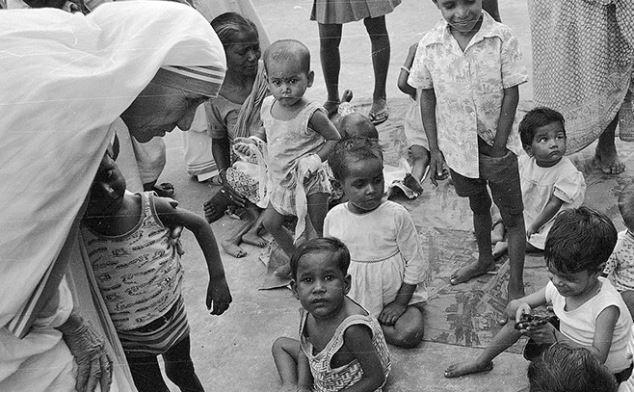 In 1948, Teresa donned a cotton sari (traditional Indian garb) with a blue border.  Armed with Indian citizen and basic medical training, Teresa ventured into the slums.  She founded a school and began caring for the poor and the hungry.  Women began joining her in her work in 1949.  Teresa then began formulating the groundwork for a new religious community dedicated to serving “the poorest of the poor.”

The road to founding a new community was filled with difficulties but that did not discourage Teresa.  On October 7, 1950, the Vatican approved Teresa’s new community of thirteen sisters which would care for those who had no one to care for them – “the poorest of the poor,” the unlovable, and the burdensome, and the shunned.  Teresa became Mother Teresa and served as superior general of the Missionaries of Charity from 1950 until her death in 1997. 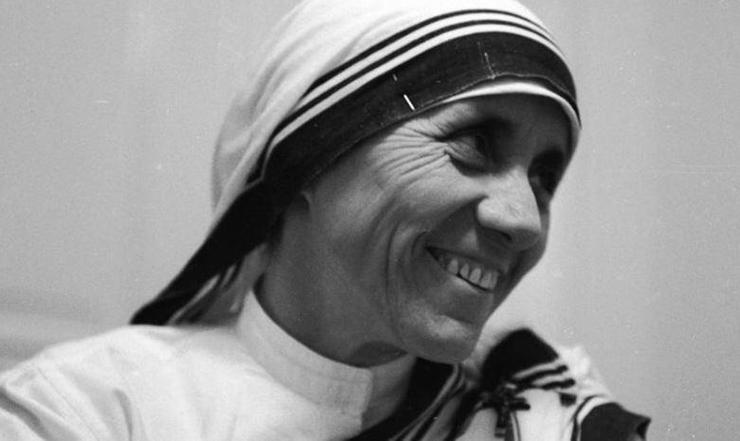 Each member makes the customary vows of poverty, chastity, and obedience.  However, they also make a fourth vow – to give wholehearted free service to the poorest of the poor.  In 1963, Mother Teresa also founded the Missionaries of Charity Brothers.

At the time of Mother Teresa’s death, the Missionaries of Charity had grown to more than 4,000 sisters and 300 brothers working at 610 missions in more than 123 countries.

Mother Teresa gave so much to so many people.  In her own words,

“By blood, I am Albanian.  By citizenship, an Indian.  By faith, I am a Catholic nun.  As to my calling, I belong to the world.  As to my heart, I belong entirely to the Heart of Jesus.” 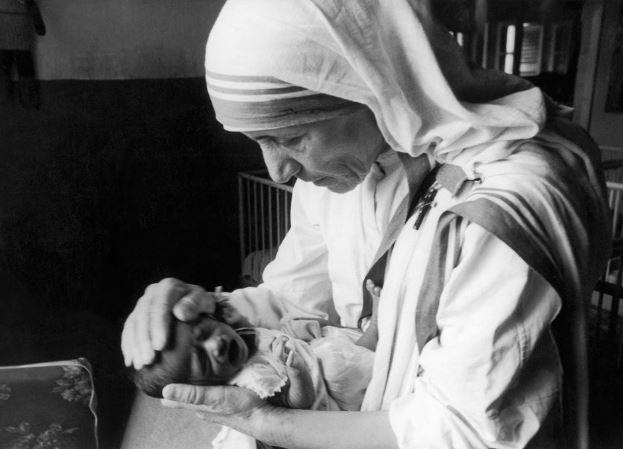 Mother Teresa was fluent in five languages and traveled often.  Her work quickly gained global recognition and she received many awards including:

India’s highest civilian award (the Bharat Ratna) in 1970; the Inaugural Pope John XXIII Peace Prize in 1971; the Albert Schwitzer International Prize in 1975; the Pacem in Terris Award, the La Storta Medal for Human Service, and the Poverello Medalin 1976; the Balzan Prize in 1978; the Nobel Peace Prize in 1979; the Order of Merit in 1983; and the Presidential Medal of Freedom in 1985.

Mother Teresa’s official biography was published in 1992 and on November 16, 1996, she was given honorary United States citizenship.  Over the years, Mother Teresa received several honorary degrees and many more awards than those that are listed here.

In 1983, Mother Teresa had a heart attack while she was visiting Pope Saint John Paul II.  In 1989, she had another heart attack.  After an attack of Pneumonia and more heart problems in 1991, Mother Teresa offered to resign as superior general, but the sisters voted for her to stay and she agreed. 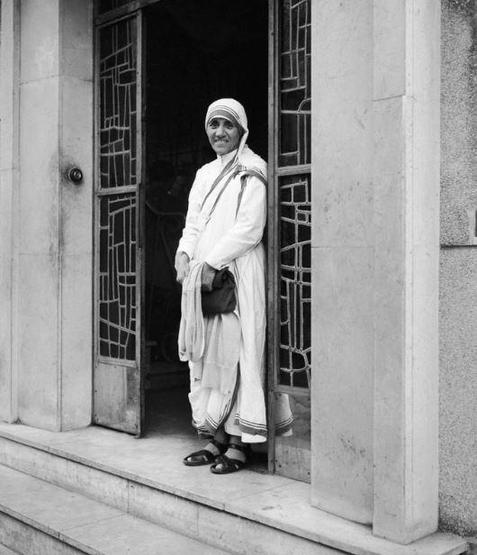 Mother Teresa fell and broke her collarbone in April of 1996.  In August she contracted malaria and had heart failure.  Her health steadily declined and on March 13, 1997, Mother Teresa resigned as superior general of the Missionaries of Charity.

Mother Teresa died on September 5, 1997 at the age of 87.  She was beatified on October 19, 2003 by Pope Saint John Paul II.  On September 4, 2016, Pope Francis canonized Blessed Mother Teresa!  Saint Teresa’s feast day is September 5 and she is the patron Saint of World Youth Day and The Missionaries of Charity.  On September 6, 2017, she was also chosen as the co-patron of the Archdiocese of Calcutta along with Saint Francis Xavier.

Her love for the poor and the marginalised should inspire us to serve others and to find Christ even in those we consider unlovable.  Love is a choice and every day, Mother Teresa chose love and service.  She found Christ in the poorest of the poor and we can find Christ in all those around us.

Saint Teresa of Calcutta, please pray for us!